Got accepted to attend ABCD workshop in Portland, OR! 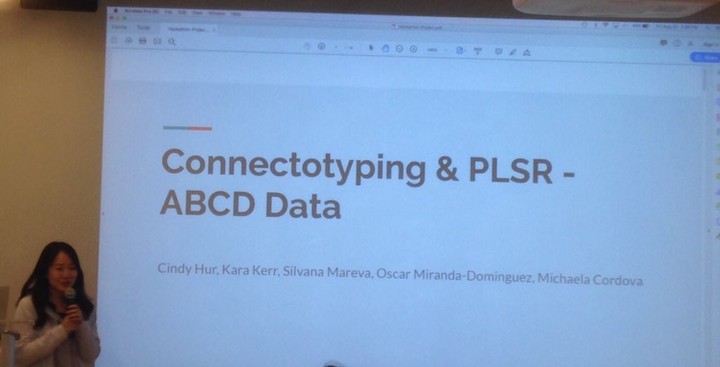 During the workshop, I had an opportunity to learn connectotyping, a novel approach to characterize resting-state functional connectivity, from Dr. Oscar Miranda-Dominguez.

Inspired by this concept, I suggested an open hackathon idea and formed a group of 5 to apply connectotyping and partial least squares regression (PLSR) to the ABCD and ABIDE data.

As we were not testing any specific hypotheses, the project had not been developed further. However, I still learned so much from this opportunity! Hope I can attend the next one soon :)